This 1973 Camaro, currently on eBay at 15,500 Buy It Now, is preying on my mind a bit. For what it is — a largely unadorned take on Sergio Pininfarina’s favorite American car. From 1970 to 2003 or thereabouts, the Camaro managed this utterly hilarious trick of being an utterly gorgeous and outrageous car which earned your contempt through mere ubiquitous familiarity. A 1973 Camaro… a 1982 Camaro… a 1994 Camaro… with a Ferrari badge and a production volume of 500 a year… can you imagine how people would go crazy over it? A few months ago, we had the Pegasus Firebird in Hagerty’s Traverse City home office and it was just different enough to make you see what you should have seen all along: the second-generation F-body was America’s 250GTO.

Mercifully free of the hockey-puck black plastic which came to define the interiors of the equally striking third-and-fourth-generation cars, this Camaro is gorgeous, exotic, and quite unusual with its rare opera windows. Yes, they are deservedly rare, perhaps, but with forty-five years’ worth of perspective I can appreciate them both aesthetically and functionally. I’ve driven a few of these cars and you need all the rear-quarter vision you can get.

As much as I love it for what it is, I also adore our opera-windowed ’73 for what it represents. We can learn a lot about a society from its artifacts. What does an automatic-transmission, zero-performance-options, vinyl-roof Camaro tell us about 1973? Well, I think it tells a story about community. This is a pretty limited-function vehicle. Two people comfortably, four in a pinch, about as much luggage capacity as a non-liftback Honda Civic of the same era, which is not say not much. It doesn’t go anywhere in more than about two inches of snow, maybe four if you put chains on. Not cheap and not that economical.

The person who bought this car did so because he (more likely she) liked the looks of the thing. It was an era where most people could rely on being able to get a little bit of help from their neighbors if they needed it. Outside of certain places in New York (like where Kitty Genovese lived apparently) and various slum towns scattered around the country, most people had a certain expectation of friendly interaction with the people around them. They hadn’t yet invented “social distancing”, nor had they been gifted with a pandemic which conveniently validates the urban ethic of living alone in a shoebox with zero valid relationships and no interactions besides bartending and Tinder.

It wasn’t expected to last forever, because it wasn’t financed forever. It wasn’t expected to be perfect, because there were plenty of people who were able to fix it. It probably spent a lot of its life with the windows down. It wasn’t designed to disconnect its driver from the rest of humanity. It wasn’t a 2.5-ton box designed to convey nothing but a bland sense of privileged menace. Last but not least, it certainly wasn’t electric and it certainly wasn’t a political statement.

In other words, it was a car and not a piece of plastic consumerist shit. Therefore, I like it.

The current Camaro is a wickedly competent automobile and in some variants, like the ZL1 1LE, it is almost unimaginably brilliant to operate at ridiculous speeds. But it’s a long way from the purity and purpose of this no-spoilers ’73. Most of the fast Camaros I see nowadays mostly live in garages and on trailers being towed by Chevrolet trucks. Only in 2020 does it seem reasonable for normal people to own something as offensively overqualified as today’s Silverado. It is just about the opposite of the 1973 Camaro and in none of its opposite qualities is it lovable or admirable.

Today, Danger Girl asked me to go get a freezer. So we can lengthen the period of our comet-like interactions with the rest of humanity. As you can imagine, we were the last family in Ohio to have this idea. All the freezers are gone. DG found a ragged little scratch-and-dent appliance shop in the Somali section of Columbus which had a few battered Chinese-made thirteen-cubic-foot Frigidaires. Made in China, of course. The Ohio-built Whirlpools disappeared on Day One And A Half of The Flu Which Dare Not Speak Its Name.

Freezer delivery is not a remotely likely concept right now. It fell to me to fire up the 6.2-liter Silverado, our sixty-thousand-dollar monument to suburban consumption. Which hadn’t moved in a long time but which started on the first crank and whisked me at 80 miles per hour to the appropriate freeway exit. Could have done it in the rain, in eight inches of snow. Had a road been closed, I could have detoured over some mild terrain.

At the appliance store, two sad-faced fellows around my age in polyester slacks rolled the dented freezer out to my truck and I tilted it in myself with no difficulty. The bed’s expensive Rhino-ish coating did not mind a 191-pound, five-foot-ten upright box dragging along its surface. Drove it home at full speed with no concern, backed up and over an eight-inch curb, and we carried it in to its place. Couldn’t have been easier. In a 1973 Camaro, this sort of thing is an epic tale for the ages. Would have taken an immense amount of time and effort and muscular shoulder-height lifting and intricate tying-down, followed by a thirty-mile-per-hour surface-street slog with a limo driver’s attention to brake and accelerator pressure and a constant gnawing worry that it will all go desperately wrong in a heartbeat. In the Silverado, it’s literally no trouble. We have the right vehicle for The Current Year. I could deliver freezers all day and get 21mpg doing so. Is this a good thing?

I got my first pickup in 1995 — a dark-green F-150XL straight-six, vinyl-seat, regular-cab demonstrator from my job, followed by a couple other F-150s of slightly more enviable specification. A few years later, I bought a 2000 Nissan Frontier King Cab. My years with those trucks were continually punctuated by days where the pickup du jour and I helped someone move something to somewhere. When I shucked off the King Cab for a Land Rover Discovery eighteen months after buying it, I breathed a sigh of relief that I was out of the moving business.

The Silverado is massively more capable than any of those humble little trucks — but only once in 33 months of ownership has it been used for any purpose but mine. An old Bolivian pal of mine borrowed it for a day, the same way he used to borrow my Frontier. Nobody else has asked. My neighbors don’t have anything like my truck, but time and again I see them bringing furniture home in their Highlanders and Escapes with the tailgate up and a big box hanging precariously out. I suppose we are no longer a society which borrows trucks. Maybe because they cost too much. Maybe because we don’t talk to our neighbors the way we used to. Maybe because I’m a miserable prick who looks like Kevin Gage and who wears sunglasses indoors. When all of this social-distancing business is done with, I’m going to make sure everybody knows they are invited to borrow my truck. Alternately, perhaps I’ll sell it and buy a 1973 Camaro. 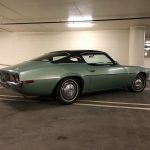 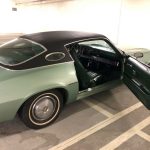 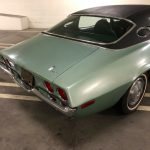 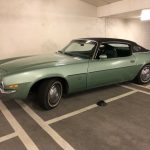 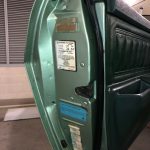 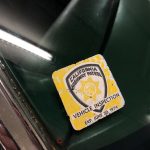 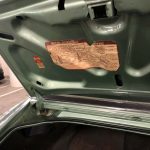 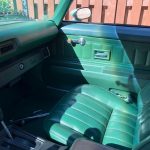 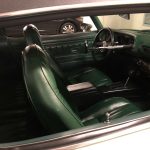 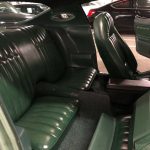 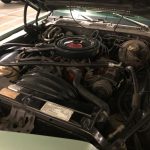 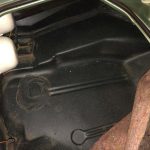 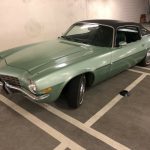 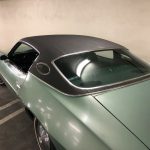 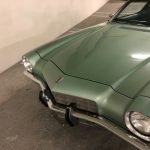 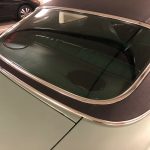 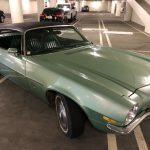 39 Replies to “Sometimes A Great Notion, Sometimes Not”