If you’ve been reading this site for a while, you know that American-made watches are a recurring theme around here. Bark, Danger Girl, and I all own and wear Shinola watches, which are assembled in the United States using components from Switzerland, China, and Florida. Bark owns a Weiss Standard Issue Field, which combines an American-assembled Swiss movement with American-made case, crystal, and strap. I have the Weiss American Field, which takes the standard Weiss and adds a movement made in the United States by Cameron Weiss and a team of CNC machines. Only the hairspring and the jewels come from other countries — in this case, Switzerland.

Believe it or not, there was a time when American watchmakers didn’t import anything from Switzerland. They made the whole thing here, soup to nuts, in massive factories that churned out millions of watches for working Americans. The Elgin Watch Company, for example, operated thirty miles away from Chicago, from 1864 to 1968. It was the largest watchmaking operation in the world and it made everything from solid-gold ladies’ watches to clockwork fuses in World War II bombs.

The ownership of a gold Elgin pocketwatch in the Twenties was a sign of significant personal accomplishment; it was the Rolex Submariner of its time, neither everyday common nor uncomfortably recherche. As the value of gold skyrocketed during the Obama years, a lot of vintage pocketwatches were melted down for the $1500 or so worth of precious metal in their cases and the painstakingly-crafted movements were thrown into storage lockers — or worse yet, into the trash. After all, who needs a pocketwatch?

Luckily, today’s wristwatch aesthetic has grown to include massive cases that are large enough to hold pocketwatch-sized movements. IWC, for example, is exploiting this with their 150th Anniversary watch which is basically a vintage pocketwatch re-imagined for use on the wrist. Here in America, a new company is doing something even more interesting: they are taking those old pocketwatch movements out of the trash, rebuilding them, and placing them in American-made cases to create 100% USA-made watches at a price well below even that of a Weiss American Standard. To find out how well that idea works, I ordered a Vortic in early December. It was delivered today. 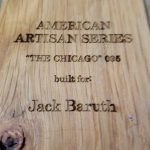 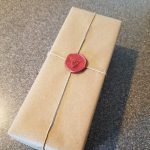 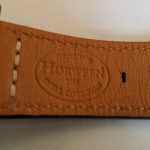 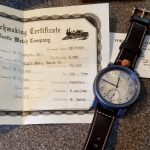 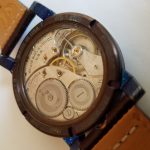 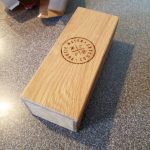 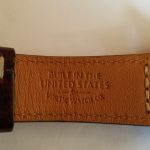 To design my watch, I used the Vortic custom builder. It’s extremely easy to use and you can see at every step how your choices affect the cost and look of your new watch. This was my spec:

Elgin movements are a little cheaper than the Waltham and Illinois examples. My choice was a highly-decorated example of the Elgin 345, which beats at a leisurely five ticks per second. You can get them on eBay all day for a hundred bucks — as noted, there is nothing quite as worthless as an old pocket watch.

Vortic rebuilds, re-times, and quality-checks the movements. They are then placed in a case that is either 3-D printed or CNC-milled. You can get a Horween strap, and you’d be silly not to. Pricing is between $995 (for a low-end Elgin movement in a plain steel case) and four grand (for a Railroad edition Illinois in a CNC case).

I’ve been wearing my titanium-cased Vortic for a few hours now. It’s surprisingly light — I’d say it’s no more than two-thirds what my Tudor Black Bay Bronze weighs — and it wears very easy on my oft-broken and small-diameter wrist. The ticking is loud and slow. Readability, as you’d expect in a watch about the size of the largest Panerai watches at 46mm, is outstanding.

As a few people have already noted, this is not a sports watch. I’ve crashed my BMX bike a few times with my Tudor on — it suffered no ill effects. Doing the same with this Vortic would be like throwing a pocketwatch against a wall. So this will be reserved for non-cycling and non-motorcycling dressy wear.

The blued titanium case is industrial-looking without being cheap or overwrought. The Horween strap is perhaps even better than the one fitted by Weiss to their watches or the Hodinkee cordovan model. The non-domed sapphire crystal is not up to Weiss standards but it doesn’t need to be.

So far, I’m a believer. I’ll keep you posted on my experience in the months to come. In the meantime, if you’re looking for an all-American watch that will also connect you to an era that few living Americans can remember, Vortic should be tops on your list. There’s something odd about wearing a ninety-one-year-old watch. It suggests that time is both an illusion* and an unavoidable force. It’s worth thinking about.

39 Replies to “Made In The USA: Vortic Chicago Series”