When everybody else zigs, you have to zag. Most of my peers spent this past weekend at Daytona, watching the 24-hour race and driving the Acura NSX on the banking, but I was in Anaheim for the Winter NAMM show as a guest of Taylor Guitars. As luck would have it, most of the Taylor management team is interested in performance cars to some degree so I was able to spend about half an hour chatting with Taylor’s two founders, Bob Taylor and Kurt Listug.

Taylor is now the #1 acoustic guitar maker in the United States and they are making serious money in an era where most people have pretty much given up on a future for these instruments. In my chat with Mr. Taylor, he gave me two reasons for this. The first one is that Taylor is pursuing vertical integration of their supply chain for rare and valuable woods — and that’s a story in itself. These efforts have led to Taylor being able to make more money on exotic-wood guitars.

The second, and more important, reason is that Taylor has absolutely zero focus on the future. Martin, Gibson, and Fender are all trying to “recapture the magic” of the guitars they made in the Fifties, primarily by hewing ever closer to the materials and processes used in that golden era. Taylor, by contrast, redesigns its guitars on an almost annual basis. A few years ago, Bob Taylor handed over responsibility for design and engineering to a fellow named Andy Powers; his designs have now replaced Taylor’s original concepts throughout the lineup and his new “V-Class” acoustics, which debuted at this NAMM, are the proverbial talk of the town.

“We don’t make collectors’ items,” I was told. “They are meant to be played.” I’m already an owner of a Taylor 714ce with an Adirondack spruce top, but after playing the new V-Class PS14ce with its combination of sinker redwood and West African ebony, I’m probably going to end up owning one of those as well. I asked Taylor if I could buy the guitar that I was holding in the above photo, but I was told that it was demonstration purposes only. I did take a few additional shots, which are after the jump along with links to what Bark and I wrote last week. And yes, the title of this roundup is meant to refer both to the PS14ce in the photo and Bach’s Musical Offering. 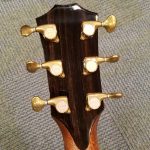 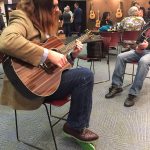 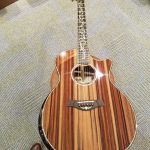 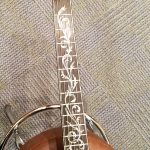 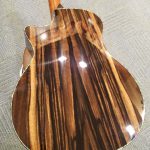 For R&T I suggested a four-cylinder entry-level Corvette and discussed zombie cars.

Meanwhile at TTAC, I reviewed the original Bullitt movie, whined about some avoidable contact, and asked the readers about Turo.

Come back next week — I believe Bark will have a few Daytona stories to tell. And the more you click these links, dear readers, the higher the possibility that I’ll be able to afford both a meal and one of those V-Class Taylors.